We use the word ‘economy’ to refer to the state of a country or region in terms of the production and consumption of goods and services and the supply of money.

It important in business because lots of businesses are connected to each other across the country and across the world. For example, the Airbus A380 (pictured below) is made up of 4 million parts which are made in 30 countries. 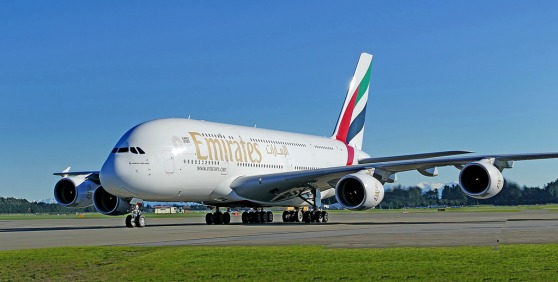 This means that payments are made all over the world when each supplier is paid, and so economies are all connected together in one way or another. In fact, trade with other countries accounts for more than 30% of the value of all goods and services produced in Britain.

There are 6 areas of the economy which you need to know about. Let’s look at these in turn:

When people earn more, they tend to buy products called ‘luxuries’. For example, a person might choose to start buying clothes from a more expensive shop such as Monsoon or Next, or they might start shopping at a more expensive supermarket such as Waitrose. However, as incomes fall (for whatever reason), they tend to buy products called ‘inferior’ products such as a supermarket’s value or budget range.

So falling / increasing levels of consumer income has an impact on the types of goods / services which are produced and which consumers demand.

If consumers don’t have a job then they have little disposable income (money left after paying for bills). Clearly this will have an impact on the types of goods and services which businesses will offer. For example, it probably wouldn’t be a good idea to open an upmarket, expensive restaurant in an area of high unemployment.

This is the idea that over a period of time, things tend to go up in price and cost more. Whether this is a problem or not depends on how much a person’s wages increase over the same period.

Businesses don’t tend to like it when inflation is out of control as it means it is very difficult for them to plan and manage their cashflow. They like to have an indication as to how much things are going to cost on the future so that they can, if necessary, arrange for funding to cover their costs.

Explain one advantage to a business of having low inflation (3)

Try answering this – remember the strategy – “One advantage is… this means that… as a result”. If you need some help, use this table to help you.

You have already come across interest rates previously. Interest is the cost of borrowing money. So if a bank lends money to a business it will charge interest on what the business repays.

Tax is what consumers and businesses pay to the Government. It is usually taken out of a person’s salary when they are paid. Businesses pay it as a proportion of their profits. Tax is used by the Government to pay for things such as hospitals and schools.

The taxes you need to know about are income tax, corporation tax and Value Added Tax (VAT). You can read more about these taxes by clicking here.

This is the measure of one currency against another. For example, if I was going on holiday to Ibiza I would need to convert my Pounds into Euros because in Ibiza, people want paying in their own currency.

This is exactly the same for a business which trades internationally i.e. suppliers want paying in their own currency.

The value of the Pound changes all of the time, some days you can get more foreign currency for your money than others.

So what does this mean for business? It depends on your business. Try and remember the acronym SPICED.

If the pound is strong, we can get more foreign currency for our pounds and so goods bought abroad become cheaper. Great news if we import things from abroad and great news for cashflow, costs etc. However, at the same time, it means that if we sell products abroad they become more expensive for people to buy – not so good as it might lead to a fall in sales revenue and profit.

Of course, the same applies in reverse but no-one has yet come up with a suitable acronym for Weak Pound Imports Dearer Exports Cheaper!

1.Exchange from £ to another currency, multiply

2.Exchange from foreign currency to £, divide